The imposing and solid Engadiner farm house was developed in the course of time in the hindmost area of the Albula valley in outline and style of the natural conditions. Maximally one-tenth of the huge volume was intended for human occupation. A part served for the lodging of cattle and farm equipment, but the predominant room was reserved mainly for the storage of food during the long winter months. Leading through the portal dated 1614 of the “Crusch Alva”, in German “white cross”, is the Solèr, the passageway for hay carts, this hay was stored in and above the cattle stalls which were further to the rear of the cellar. To the left was the cosy Arvenstube, the only room available for the former large families, whereby the tenants reached their sleeping quarters via a stairwell hidden to the rear of the oven, leading steeply to the top stairway. In the present reception, the kitchen was connected by a passage to the parlour and subsequently to the Chamineda, the supply room.

The Weisses Kreuz was built probably around 1550 and utilised exclusively for agricultural purposes up into the mid eighties of the 19th century. It was in 1889 during the prime period of the postal carriage services that the extension to create a mountain inn business began. The updated Engadiner farm house even got a flat roof. This was replaced in 1947 when built upon to increase space for personnel rooms. The hip roof still exists to this day. Essential parts of the cellar and the foundations reflect its former shape. Also the front door and the funnelled windows leading to the Arvenstube remind us of the old Engadiner farm house. In particular this applies to the Arvenstube, the Stüvetta from the year 1784! Additionally many of the main rooms mediate an entirely special and almost incomparable atmosphere.

After turbulent years in the long hotel history – for example an important role in the TV series “The Directress”, various tenant changes and careful renovations – we re-opened the Weisses Kreuz in the middle of December 2003. 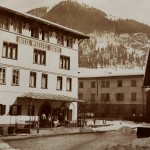 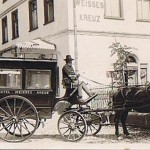 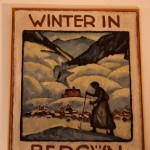 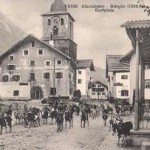 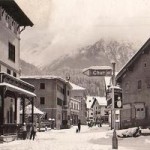 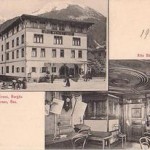 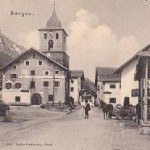